As reported in the previous post, Scott’s Grocery is having a close-out sale; Steve and Esther, who have run it for more than 20 years, are retiring to Burnaby, the building has been sold, and the new owner reportedly wants to build “apartments” on the RM4-zoned site. Here’s Scott’s in Google Street View: 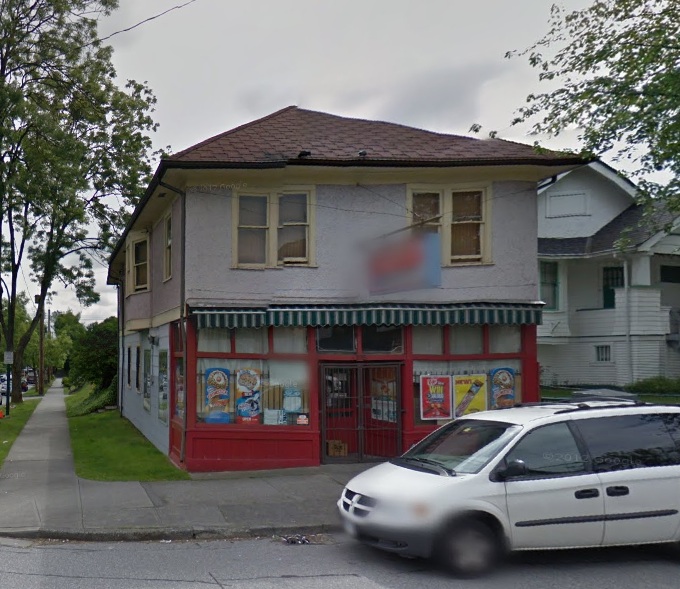 … and a watercolour I painted of it a couple of years ago. 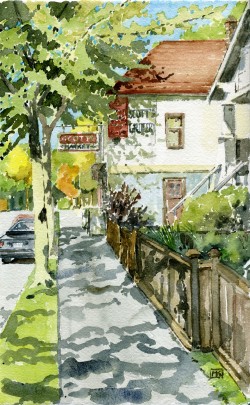 Heritage staff at City Hall are aware of the property and have “put a mark on its file” that would flag it to any potential developer making an enquiry to demolish and replace. The lot, which is 33 x 120 feet, is too small to contemplate any sort of multi-family structure, and we haven’t heard of any attempted lot assembly on that side of the street – please let us know if you hear of anybody snuffling around looking to buy up the rest of the block. Under the Heritage Action Plan, the Director of Planning would have the right to deny a development permit for heritage reasons if there is any conditional use or non-conformities involved. Anyway, that’s way off in the future, we hope.

The question is whether the new owner will eventually see the building and its grandfathered commercial use as an asset and look for a new tenant that could make it cool, as have Via Tevere at William, Monarchy Boutique at Charles, South China Trading Company at Grant and Figaro’s at 3rd – all former grocery stores. This is only a partial list of the former commercial spaces dotted along Victoria Drive, all of which ought to be retained as they contribute to the uniqueness of our ‘hood.

Heritage Vancouver has posted Scott’s on its Facebook page.

Grandview’s former grocery stores would make a fascinating subject for a research project and presentation. For example, here’s a 1960s-era city planning department photo from the City of Vancouver Archives of the McLean Grocery on McLean at Napier, showing how bleak and un-vegetated the area once was (so typical of the city’s old neighbhourhoods in that era). 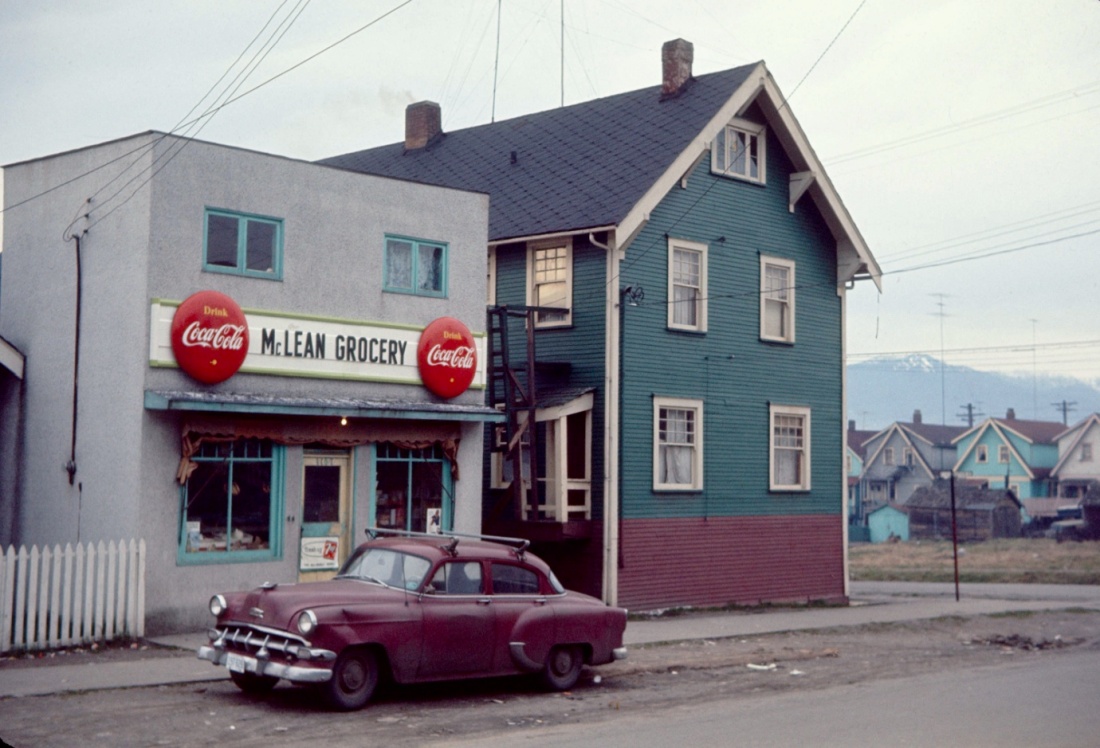 And the more-or-less current scene, from vPike: 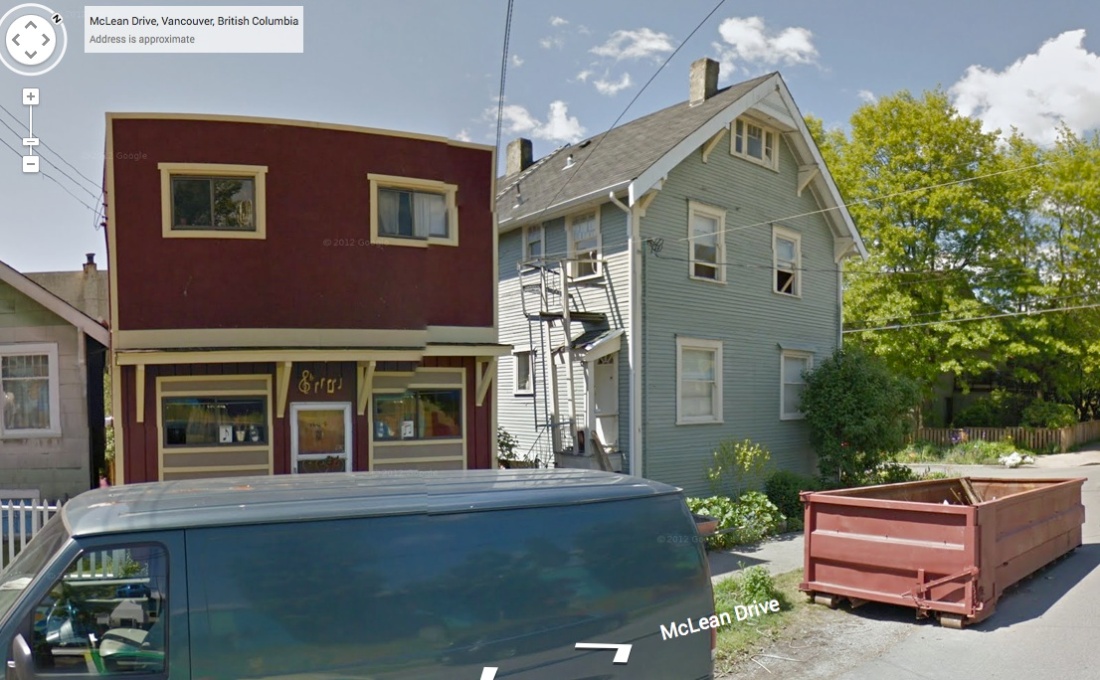 Any volunteers to do the research and source photos?

9 thoughts on “Scott’s and other grocery stores”