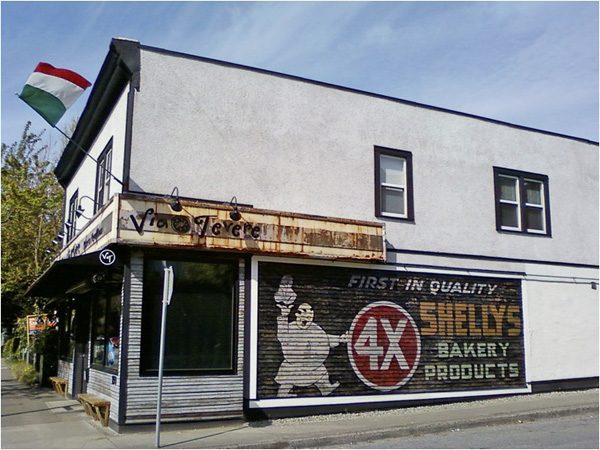 The neighbourhood’s ghost sign at Via Tevere Ristorante on Victoria Drive at William is the subject of a Vancouver Historical Society lecture on Thursday, September 22nd. I will be talking about the discovery of the sign, its restoration by the Grandview Heritage Group in 2012 or was it 2013, and the advertising campaign the bakery used in the 1920s. The title is “Selling Bread to Housewives in the 1920s”; there is an article about the talk in Spacing magazine.